It's the end of the year, and time to shout out the best things I read during 2022.  My usual rules apply:

At the time of writing (just over a week to go in 2022), I'd read 121 books this year.  I was going to pick a top five, but ten naturally chose themselves.  I don't do this exercise every year, but if I did, this would be the first year since I was about twelve that my list didn't include a single science fiction or fantasy novel.  Instead, my best reads this year encompass crime, literary fiction, non-fiction and - most unusually for me! - a horror novel.  There's also an unusual variety of settings - two in the US, two in Italy, one in Spain, one in Algeria & France, one in Germany, one in the USSR, one in the UK and one in an imaginary location closely modelled on Romania.

What they all have in common is a superbly realised sense of place and a distinctive, arresting narrative voice.  I'd recommend all of them without hesitation to anyone who wants to spend a few hours in the pleasure only a good book can provide. 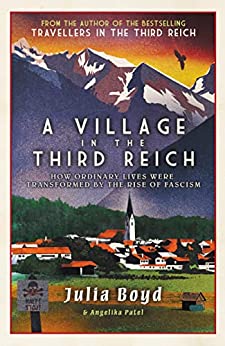 10. A Village in the Third Reich - Julia Boyd

A Village in the Third Reich uses archival records and interviews to paint a picture of life in a small German town under Fascism.  There are no Nuremburg Rallies, few stereotypical Nazis, and Hitler barely features.  What is noticeable--and entirely believable--is how mundane life was for most of the German villagers throughout the Fascist years.  There is heroism and betrayal, but most of it is on a small scale, punctuated by the occasional moment of horror.

If you ever wondered how ordinary people accommodated themselves to living under Fascism (a question we should all perhaps ask ourselves now), this perceptive book provides many of the answers. 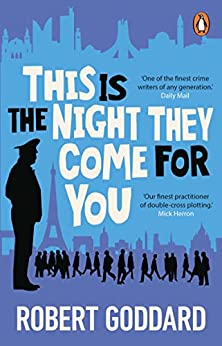 9. This is the Night They Come For You - Robert Goddard

If ever a book was misrepresented by its cover, this is it.  The typeface suggests that, if this is a thriller, it's of the jokey Inspector Clouseau style.  If I wasn't already a Robert Goddard fan, I doubt I'd have picked it up.

In fact, it's a tightly-plotted and extremely dark political thriller with timelines in 1960s Algeria and modern-day France.  As Goddard readers would expect, the twin narratives are handled with skill, the characters are believably flawed and there's a real menace under the surface.  This is one of Robert Goddard's best books, and I'd love to see a sequel. 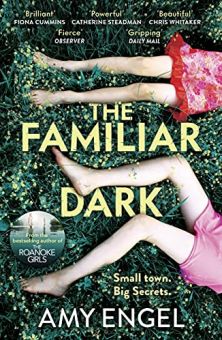 Amy Engel excels at representing dark and dirty small-town rural America.  I enjoyed her earlier novel, The Roanoke Girls, and The Familiar Dark is just as good.

Deeply damaged characters trying to do the right thing against the crushing weight of their own natures and their ruined environment make this a bleak, if completely compelling, read.  In common with the best of American crime fiction, the prose has a spare lyricism that throws the grim storyline into vivid life.  You might not like the mood the book evokes, but it's perfectly realised. 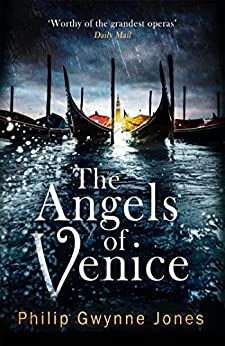 The Angels of Venice is the latest in this excellent series following the life of Nathan Sutherland, a British expat in Venice with the semi-official role of 'Honorary Consul'.  In common with the previous books, there's a crime at the centre of the novel, but the main appeal is the beautiful evocation of the Venice, its inhabitants and its customs.

I generally have a low tolerance for extended series, but I admire the way Philip Gwynne Jones allows his characters to develop slowly and believably over several books.  There's no reaching for ever-more ludicrous plots to sustain interest. The central relationship, between Nathan and his Italian wife Fede, has a real sweetness that shows you don't need 'conflict on every page' to keep readers engaged. 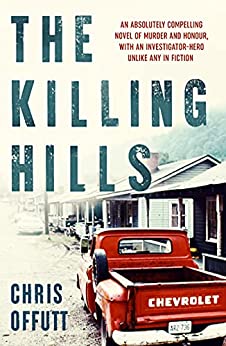 The Killing Hills is another slice of American rural noir.  The individual elements--the emotionally damaged veteran trying to reconnect with this past by solving a murder, the battered southern landscape, the pared-down prose--sound unremarkable, even cliched.  But every note is perfect, the emotional beats resonate, and the reader is never anything other than wholly immersed in Offutt's world.  It's all held together by a dark and sometimes absurd humour.

I was delighted to find a second novel in the series, Shifty's Boys, which is equally enjoyable and showcases Chris Offutt's distinctive voice to equally good effect. 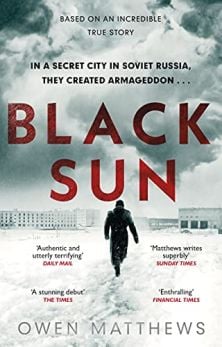 Black Sun is set in a secret Soviet city in 1961, where the authorities attempt to build an atomic superweapon.  A mysterious--and gruesome--death, an investigation by a classic outsider, and a brooding paranoid atmosphere feed a tightly-plotted thriller which sadly feels more relevant today than it should.

Based on real events, but fully convincing and satisfying as a novel, Black Sun doesn't put a foot wrong - unlike the atomic scientists as disaster approaches. 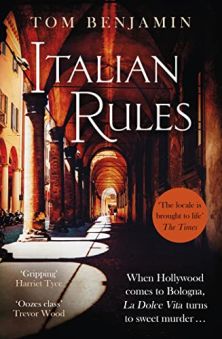 The second Italian-set novel on my list, Italian Rules is the fourth outing of Bologna-based private investigator Daniel Leicester.  The entire series is great, but the mystery in this one, based around Italian pulp giallo crime films, is especially absorbing.

Tom Benjamin brings contemporary Bologna, with its weight of history overlaid by modern politics, to the most vivid life, and the cast of supporting characters who develop across the course of the series add to the reader's immersion.  His Italy is very different to Philip Gwynne Jones's, but you'll believe in both of them. 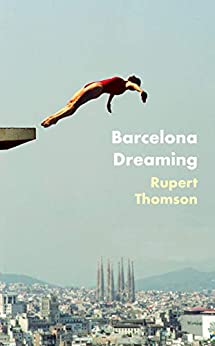 This was the novel I didn't dare read.  Rupert Thomson is one of the great contemporary prose stylists, and when I was writing a novel set in Barcelona, the last thing I wanted was to see how he'd handled it.  Only when I'd finished my own book did I pick it up.

This proved to be a sensible precaution, because Barcelona Dreaming lives up to the standard of his best work.  Three interlinked novellas lock together to conjure an extraordinarily atmospheric and grounded fictional Barcelona.  Nothing is quite as it seems but you're sure to enjoy the journey, whether or not you know the city. 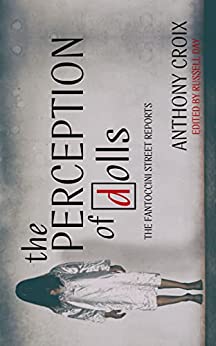 2. The Perception of Dolls - Anthony Croix and Russell Day

A plot summary would make The Perception of Dolls sound like a standard haunted house/possessed dolls/paranormal investigation story.  But the voice is extraordinary ("bonkers", I described it on Twitter, and it's a compliment)--there are several layers of narrative unreliability, even extending to the book's authorship, and the horror elements are truly terrifying.

I'm not normally a horror reader, mainly because I find the standard tropes boring, but one thing you won't be reading this is bored.  It's a fabulous example of what a writer who understands the genre and is willing to crank the dial into the red can achieve. 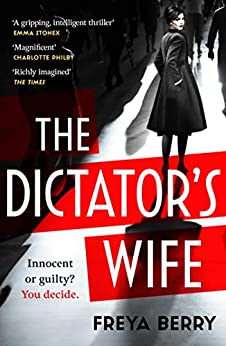 My best read of the year, set in a fictional post-Communist country closely modelled on Romania, twists the thriller format almost out of shape to deliver a penetrating insight into totalitarianism, guilt, homeland and female agency.

The interactions between the two main characters, damaged, cynical yet naïve lawyer Laura, and Marija, the manipulative dictator's widow, are electrifying.  Their relationship is less a search for the truth than an exploration of what truth even means.

Freya Berry's prose has a lushness which perfectly suits the seething Balkan passions, and perfectly complements the story.  The Dictator's Wife is comfortably my Book of the Year.